This weekend gamers got a taste of the upcoming The Division video game though a free open beta. Tom Clancy’s The Division is a cover based third-person shooter set in the streets of Manhattan New York after a virus has wiped out most the population. Users play as special tactical agents helping rebuild and defend the pockets of society still left while collecting better guns, armor and skills. The game has role-playing elements and a massive multiplayer open world type architecture but I’d hesitate to label it an MMORPG.

Ubisoft opened up servers for Xbox One on February 18 with PS4 and PC following  the next day. Character customization was disabled and every agent started at level 4 with adequate gear to jump in and start playing the open beta. Much of the map was also marked off with limits to restrict agents movements to a  only few neighbors and their was level cap of 8 in place. All of this was intentionally done by Ubisoft to not give away large plot points but still allow testing of select missions and the Dark Zone free-for-all.

The Division, unlike many shooting based games, does not make you pick a class. Instead the game relies on Firearms, Stamina, and Electronics Stats that are influenced by the gear equipped and level. For example if you want more health then you need gear with more Stamina or if you want higher damage per second then the Firearms Stats is important. Stats also unlock Weapon Talents that allow for even more bonuses as you collect rarer guns.

It’s difficult to articulate how much more important gear is in The Division because the lack of a class system. The gear you pick is essentially your agent’s build. Every item has a rarity based on color starting at white and going up to blue, purple and legendary. Honestly, I only found blue items when I played but users posted photos of purple items on reddit and it was later stated Dark Zone vendors were intentionally selling purple gear for the open beta. 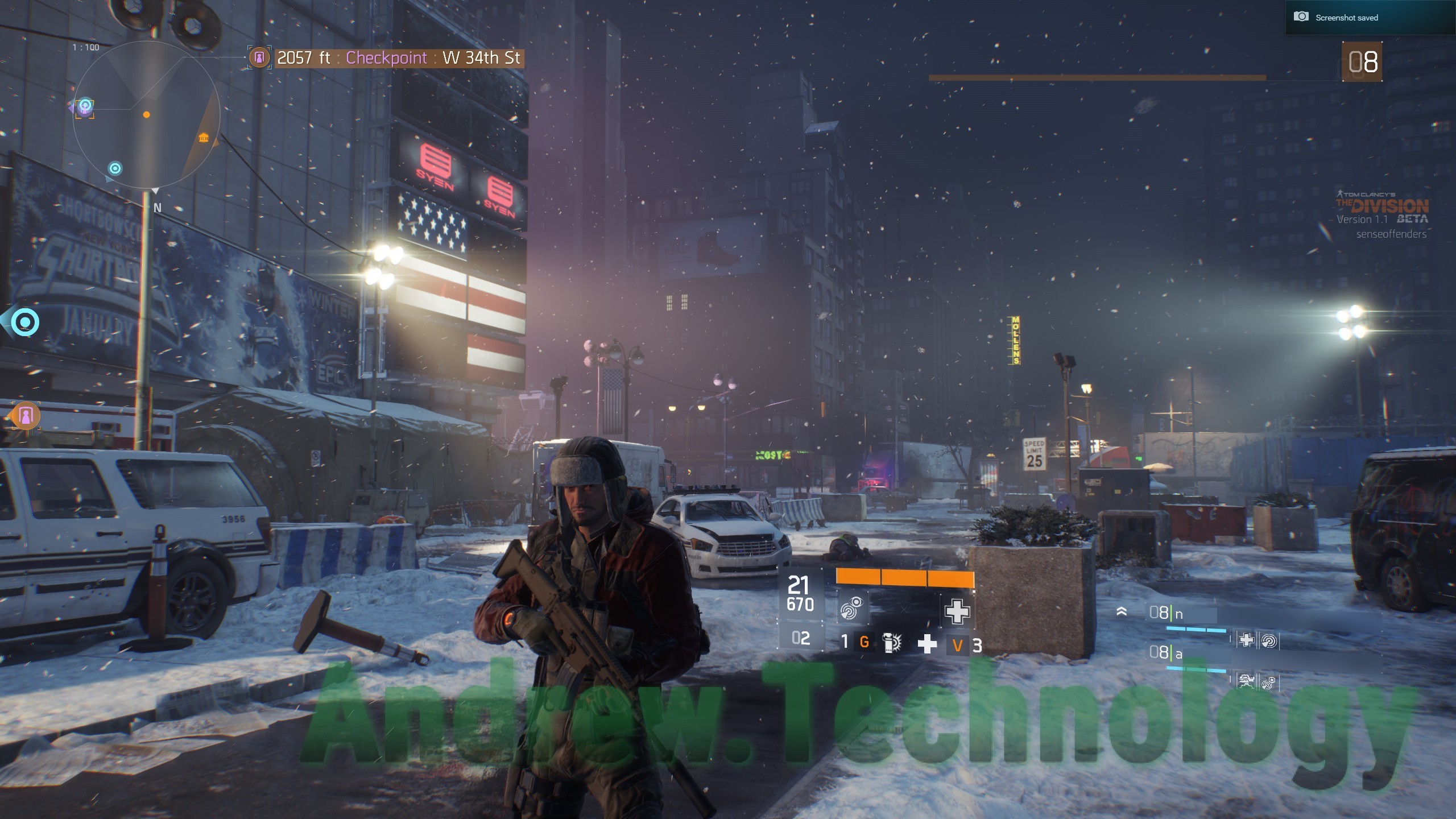 Welcome to the Open Beta!

Posted in Games, Tom Clancy's The Division Tagged with: Ubisoft