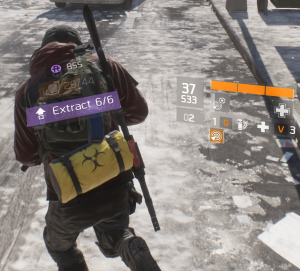 The Dark Zone is a lawless part of the The Division where players can find better loot, kill each other, or team up to fight higher level computer enemies. The higher level loot like blues and oranges are dropped by the harder non-player enemies and can be purchased by Dark Zone vendors using DZ Funds, the special DZ only currency that’s represented in purple with a capital R featured in the screenshot to the right.

Besides the currency being different there is also a Rank system that is separate from your level. Gaining experience in the Dark Zone builds up this Rank just like the regular PvE parts of the world. Higher Rank lets you open crates found across the Dark Zone map as well as being able to buy and use loot from the Vendors. Lastly, there is a separate inventory for items and gear found in the Dark Zone that is limited to only six slots. When you pick up drops in the DZ it goes into this special loot pack that will show up on your Agent’s back.

In the lore of the The Division these Dark Zone areas are still infected with the deadly virus and so that is why the DZ is quarantined from the rest of the map. Sticking true to this narrative, all the new gear you collect while in the Dark Zone is also infected and must be decontaminated before it’s used. To decontaminate you must extract the gear by calling down a helicopter and successfully attaching your loot pack before the count down timer runs out and the helicopter takes off for the Base of Operation.

There are multiple entrances to this cut throat area and where you choose to enter can determine how close you are to different parts of the Dark Zone. For one, each entrance has a different vendor with different gear. Then there are Safe Rooms that let agents take a break from the possible PvP and of course buy things from a vendor here as well. Of course there are different non-player enemies that spawn at specific points and crates that can be opened with keys. Most importantly there are Extraction Areas that let you keep the new loot you find.

Loot Extraction in the Dark Zone

On the Dark Zone map you’ll find a few Extraction Areas each with it’s own advantages and disadvantages in terms of cover, non-player enemies spawning and distance to a possible exit. These factors have to be taken into consideration because once you start an Extraction your agent will shoot a flare into the air and all agents in Dark Zone are notified you requested to extract. A count down timer will also be displayed with the time remaining until the helicopter arrives so other agents will know exactly when you’ll be the most vulnerable.

It’s advisable to have a good party of players you trust for backup and feel comfortable with unknown agents around the area. It costs nothing to request an Extraction so don’t feel bad if you don’t get it on the first try. Some player’s even request an initial Execration as a decoy at one part of the map then run to another area to call another Execration there. 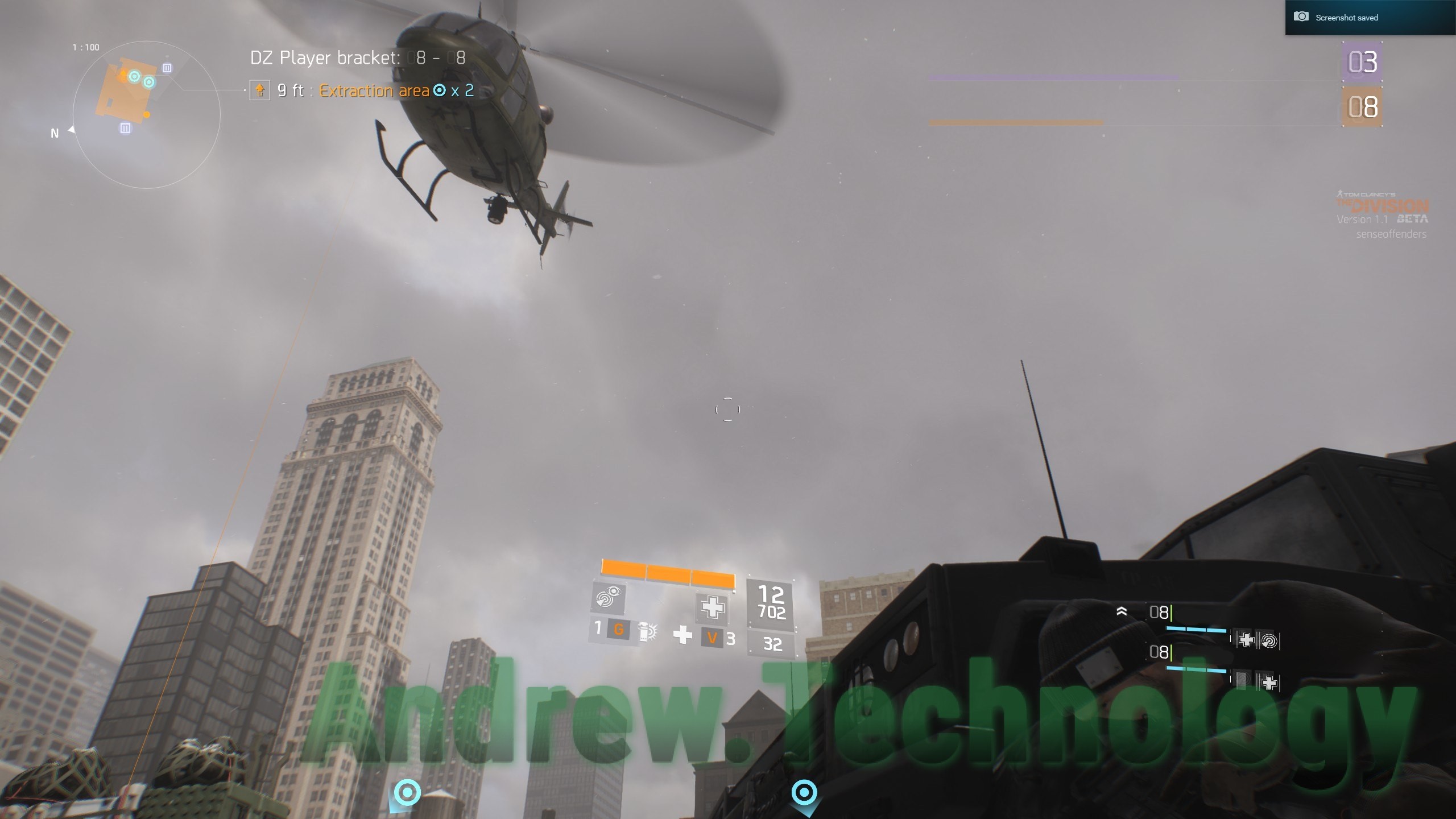