HBO’s hit show Silicon Valley returns with Season 3 soon so I decided to take a deeper look at the technology behind the notorious Pied Piper. If you watch the show then you’ll be familiar with terminology like algorithm, compression, and “middle-out” being thrown around pretty consistently without much explanation. While the show is technically very accurate and does capture the startup turmoil around the San Francisco Bay Area it’s still a television show that for the sake of dialog and plot lines takes some liberties with the actual product that is Pied Piper.

For the most part Silicon Valley does a good job handling the technical jargon and believably of characters. Gilfoyle and Dinesh present legitimate technical issues as the developers and designers of Pied Piper and constantly banter about the best approach to take to solve said issues. But when it comes down to it, the characters don’t explicitly talk about what kind of a product Pied Piper is going to end up being. The vagueness surrounding Pied Piper is no doubt intentionally done by the show’s creators to keep techies intrigued just enough without giving away possible future plot lines.

First, lets look at the facts presented by the show. In the first season Richard is a programmer who creates an algorithm for compressing music as a side project. At this point it’s mostly just back-end code that through command line can crunch music down similar to how MP3s are created. Eventually, Richard meets Erlich who incubates the startup and along with the help of Gilfoyle and Dinesh win the TechCrunch Disrupt with a record-breaking Weissman Score of 5.2 by pulling together an minimal viable product (MVP) of Pied Piper intended for music streaming.

Besides the actual show the other official source of information comes directly from Pied Piper’s website, which is a real thing you can view for yourself here. The main tagline from the site is “A Middle-Out Compression Solution Making Data Storage Problems Smaller” which is prominently  displayed below the logo. Then it has the question I’m trying to answer: “What is Pied Piper?” with some fluff answers about bloated corporations and being small and focused. But then the first real answer: “business-facing compression company” and then in even bigger words, “As such, we are in the process of deploying an integrated, multi-platform functionality of all applications of our algorithm”. Still vague but with some interesting clues. 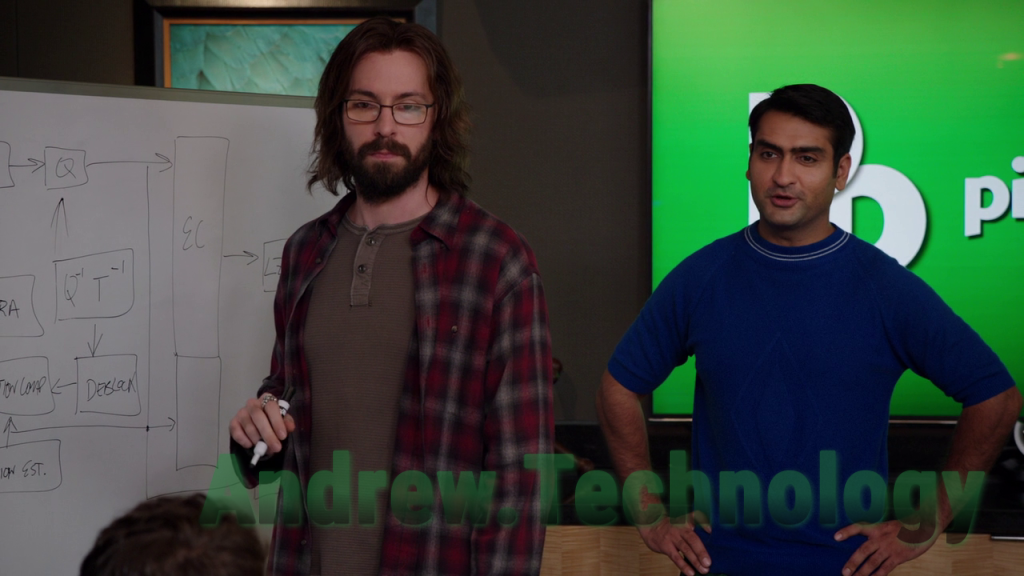 “Middle-out doesn’t restrict itself to H.264 two dimensional grid or time bound patterns at all” – Gilfoyle from Season 2 Episode 2

Let’s breakdown the wording presented from the website. Starting with “business-facing” that implies B2B (business-to-business) services which would no doubt be licensing the algorithm to other companies for their own use behind the scenes. But at the same time they talk about “multi-platform functionality” as if they are building their own consumer applications for iOS/Android/Windows users. Then there is the mystical “middle-out” which is simply a made up buzz word coined by a technical advisor to the show.

Not surprisingly, Silicon Valley and the website present two conflicting narratives about Pied Piper. In one it’s a just a business facing coding algorithm that would be perfect for data/cloud storage. The other is a consumer focused application for streaming music and videos with great efficiency. Honestly, I don’t even think the creators really even know which it truly is.