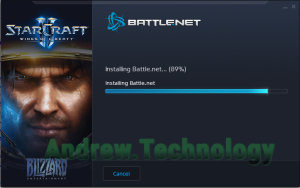 Installing the Battle.net App can have it’s issues. The launcher for Blizzard games gave me trouble on Windows 10. These bugs seem to involve the new operating system and Windows 8/8.1 64-bit users. I wrote these guides to help troubleshoot and hopefully fix the issues.

The installation started normally for me. It opens and asks you to select a folder for the files. Then my progress bar did not want to budge. “Installing Battle.net…” was the only message along with the percentage complete. Finally, when it did move it became stuck at 88% or 89%.

Waiting for 10+ minutes and it had not moved from 89% so I tried canceling and running as administrator. Eventually, I did get an error message: “We’re having trouble starting Battle.net. Please try again. If the problem persists, try restarting your computer.” along with “More help: BLZBNTBTS0000005D”.

Troubleshooting and fixing Battle.net in Windows 10

If you’re looking for the fix to this issue please check out my post: Troubleshooting and fixing Battle.net issues with Windows 10 where I get Battle.net App and StarCraft II installed after a bit of troubleshooting. 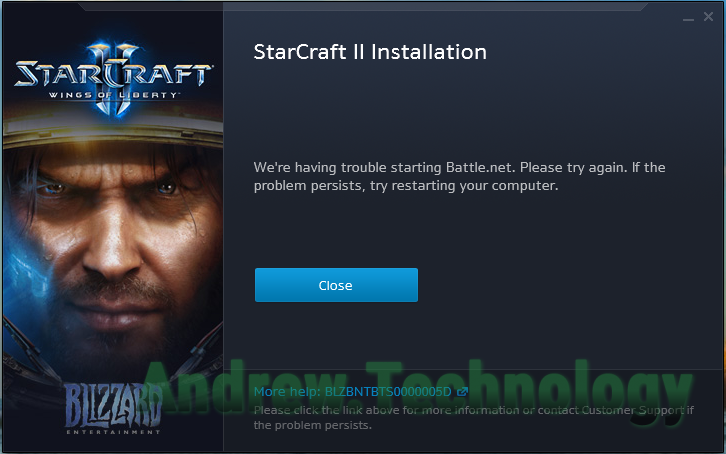 In the past you would download each game separately but Blizzard created the Battle.net App to handle this process. It’s disheartening Blizzard did not optimize for Windows 10 and from my research it sounds like Windows 8/8.1 also had issues with Battle.net App so Windows 10 Battle.net issues we’re to be expected I suppose.

The good news is that I was able to get the Battle.net App & StarCraft installed after a bit of troubleshooting. I’ll detail exactly how I did that in my next post!