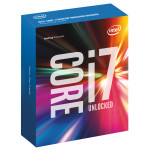 August 5th was the official launch of Intel’s new 6th Generation processors codename Skylake. Two new chips were released: the Intel Core i5-6600K 6M Skylake Quad-Core 3.5 GHz and the Intel Core i7-6700K 8M Skylake Quad-Core 4.0 GHz but at the time of writing this, 44 days since launch, you can only buy the i5-6600K easily from online retailers in the United States while the i7-6700K remains out of stock. Across the pond, it’s widely available in European online retailers and is being sold by 3rd party merchants for a tidy profit riding the wave of uncertainty that has cloaked the Skylake i7 launch.

Over the last week I’ve tracked the i7-6700K across major US computer parts retailers: Amazon, Newegg, NCIXUS, TigerDirect and the it’s been Out of Stock for all of them consistently. Using Google Shopping I did find some lesser-known retailers who offer to ship to the United States but for way more than the MSRP. Picking the seller with the highest rating, Play-Asia, they charge $419.99 with $14.90 shipping coming out to a total price of $434.89. Intel’s MSRP for the i7-6700K is $350 so that’s a difference of $84.89 which is roughly a 24% markup.

Update March 8th 2016 – The Skylake Core i7-6700K has been in stock steadily for the last few months so this article is dated and for archival purposes only. Considering buying one at the link to left! 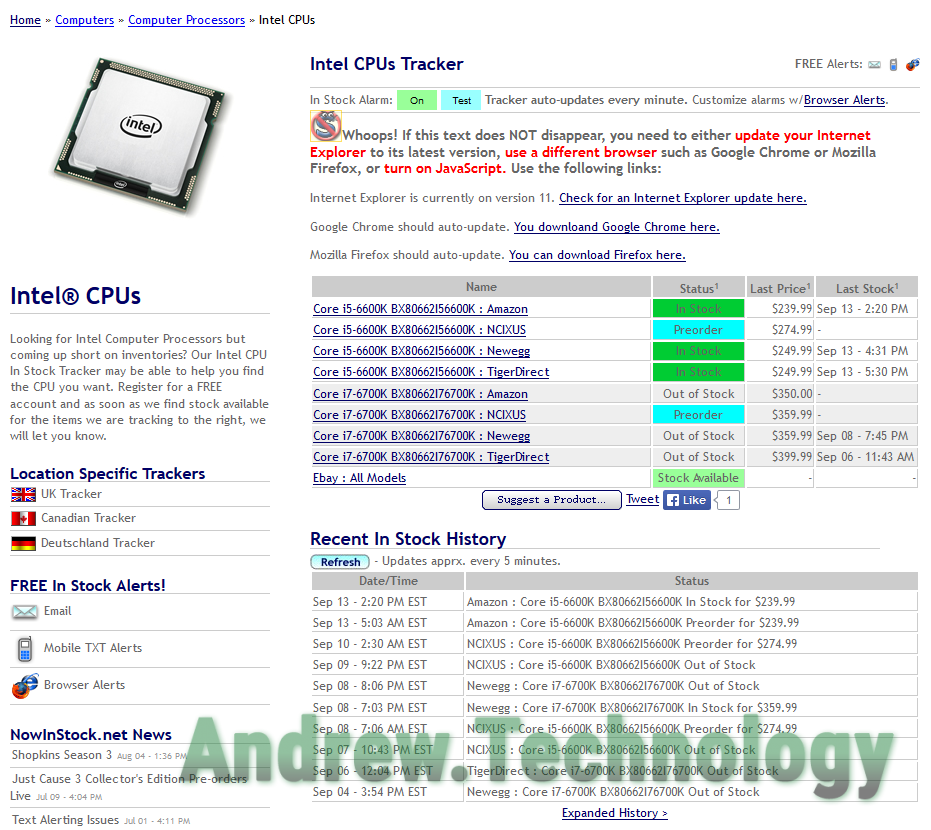 Europe on the other hand has plenty Core i7-6700K in stock. PCPartPicker’s UK site has 8 online retailers to choose from ranging from £284.99 – £349.99 though some do not deliver to the US. The current currency conversion from £284.99 is about $442.80 USD at the time of writing this, which is only slightly more than Play-Asia’s price. 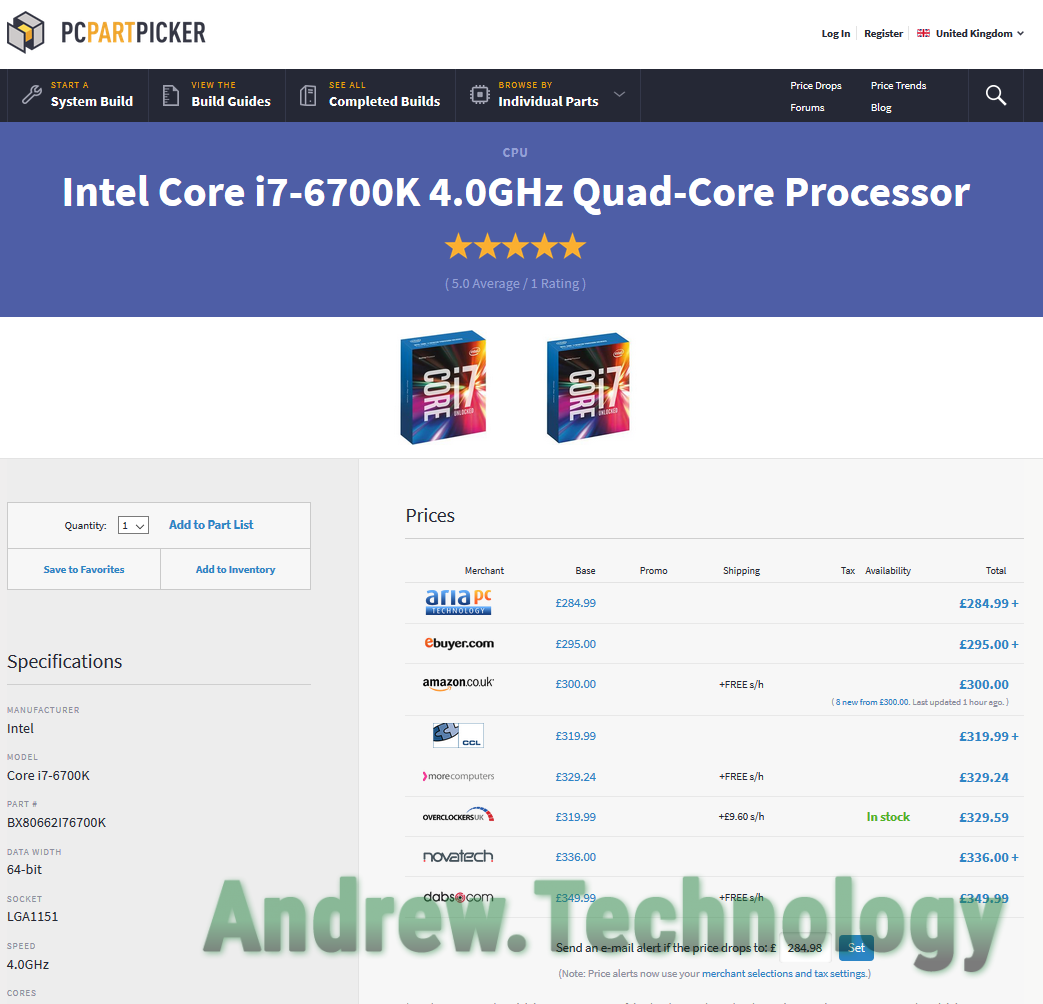 The other processor released, Intel Core i5-6600K, is widely available in the US and can be bought at this very moment from Newegg for $249.99 and TigerDirect for $239.99 much closer to the MSRP of $225. Obviously, availability is having a big impact on the price of the i7-6700K causing 3rd party merchants to take advantage of the scarcity. It’s been 44 days since the launch of Skylake so speculation has run rampant about what’s going on with Intel’s Skylake i7 chips. The /r/intel subreddit has been vocal in their criticism of Intel since launch, the latest post “Is 6700k ever going to be in NA?”  lSherlockl asks:

I have a rapidly dying desktop on my hands and everything for its replacement except the CPU that released over a month ago and somehow still is not available in america but every other country.

Intel should at least let us know that it will be available in NA in two or three months later instead of being silent about it or just saying Soon™, some of us, would completely understand and slow down the hype train, or maybe hold off on buying the rest of the components. – HJTh3Best

NCIX in Canada has slowly begun receiving / shipping theirs out. They won’t be “in stock” for a while though at this rate. Lots of preorders – r3animate

20% is slight? Thats a huge markup on a $350 chip. Honestly at this point people are likely better off waiting for Broadwell-e or zen. By the time Skylake is actually available the’ll be out. – LocalDiscNTFS

For tracking prices I used NowInStock.net which is a great tool if you are buying computer parts.