It’s been six months since the March 10th launch of the city-building game Cities: Skylines and it’s been purchased by roughly 1.5 million people on Steam according to steamspy with 216,929 having played in the last two weeks. I’ve created some amazing towns with the help of community added assets and modifications. Since Cities: Skylines released an impressive 56,549 items of user created mods, buildings, vehicles, save games and everything in between have been uploaded to the game’s Steam Workshop, a place to share and subscribe to others’ original content. Colossal Order, developers of Cities: Skylines, have also released patches to fix bugs and tweak functionality and in a week will launch the first sequel to the game Cities Skylines: After Dark.

Despite it’s very epic sounding name, Colossal Order is a modest Finnish based game studio that has a small team of 18 dedicated to the development of Cities: Skylines according to an interview with CEO Mariina Hallikainen over at Wolf’s Gaming Blog posted on May 11, 2015 and the team was even smaller in early development.  With that in mind the last six months have been extremely busy for this fledgling city-building game especially when review after review compared it to the SimCity franchise that has the backing of giant Electronic Arts. Besides both games being city-builders they could not be more far apart in terms of community relations and support of mods.

Fundamentally, Colossal Order could not be more different than Electronic Arts both in size and approach. Colossal Order has fully embraced the modding community and encourages people to add their own customized buildings, cars, buses, etc. through their in-game asset editor. The asset editor and map editor are both baked into the game directly so you can create all the original objects and maps you desire! They also integrated Steam Workshop support natively which facilitates uploads and downloads of this custom content to make it super easy to publish or subscribe to custom assets and mods. Besides user created content, since it’s release official patches have fixed bugs and extended functionality of the game. Colossal Order is a company who actively listens to it’s community and responds back. 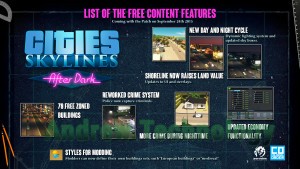 The last big patch released on July 1st, 1.1.1b, added underground pedestrian tunnels along with auto save, 30 new growables buildings and more. Before that patch 1.1.0 added train tunnels. You’ve always been able to build roads and highways underground but adding trains and pedestrian paths really opened up new possibilities for city designs and planning. The sequel, Cities Skylines: After Dark will also release many new features for free under a patch if users choose not to pay next week. The developers actually created an infographic that details all the freebies in the patch and posted it to the /r/CitiesSkylines/ subreddit the other day:

The other big difference with Colossal Order is price, the retail release of Cities: Skylines was $29.99 which is more than most indie Greenlight games but much less than the $59.99 Electronic Arts sold SimCity for through it’s Origin service at release. Besides the free patch with the items listed above there will be even more new stuff added in the sequel which will set you back only $14.99. It’s published by Paradox so if you want more information about it check out there site at: https://www.paradoxplaza.com/cities-skylines-after-dark. 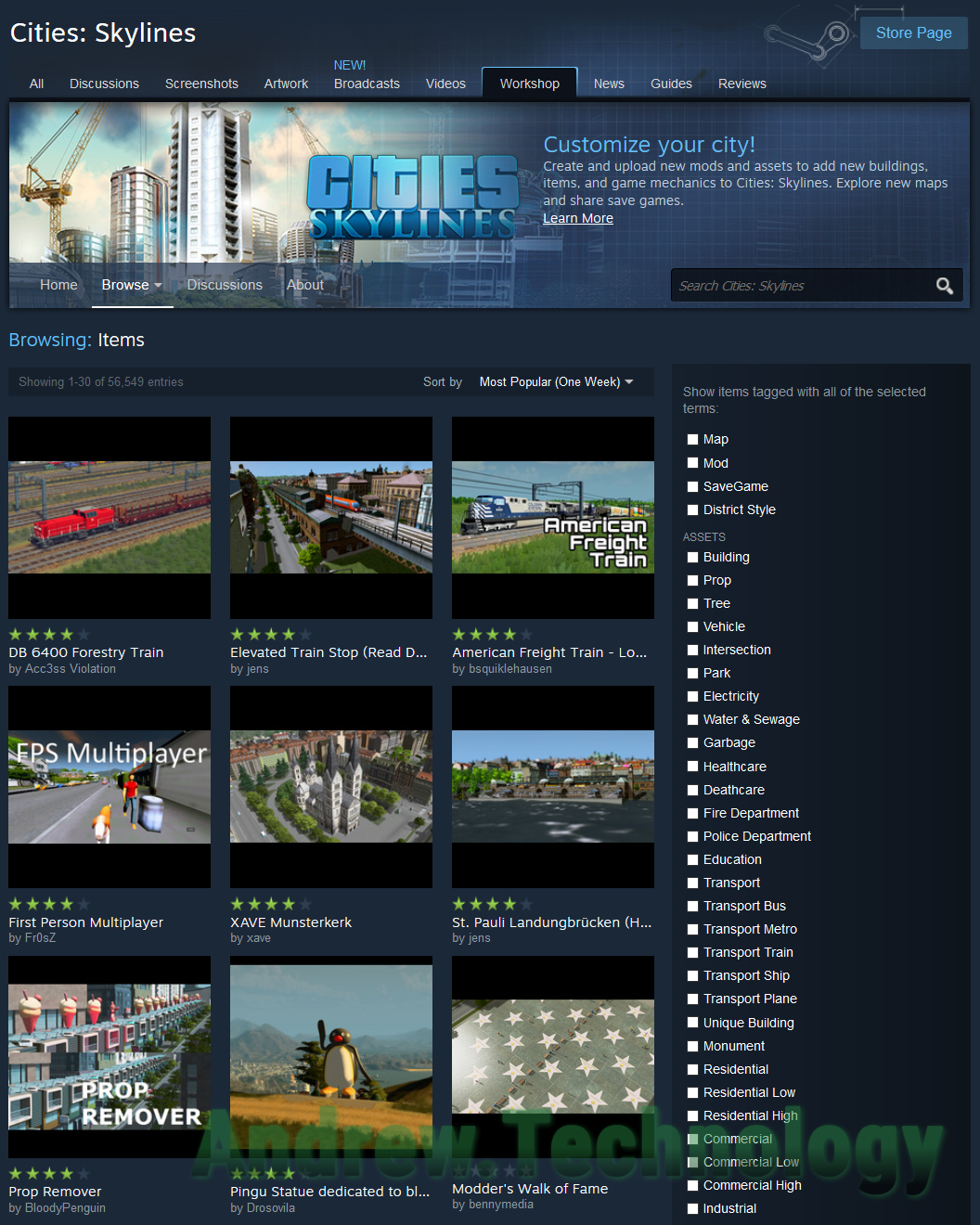