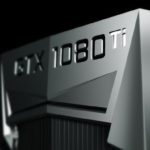 The GeForce GTX 1080 Ti officially launched March 10, 2017 at a MSRP of $699. This is the latest Nvidia graphics card in the GeForce 10 series based on Pascal microarchitecture. It uses a cut down chip from the TITAN X but delivers similar performance due to it’s higher clock speeds.

Nvidia releases the “Ti” version of cards as it approaches the end of the series. No doubt this is the last graphics card in the GeForce 10 series and it saved the best for last!

The company’s website markets the GTX 1080 Ti as the “World’s Fastest Gaming GPU” which is a big statement coming from Nvidia. The card was reveled late February at the Game Developers Conference in San Francisco. Nvidia CEO Jen-Hsun Huang made the big reveal saying, “It’s time for something new, something that’s 35 percent faster than a GTX 1080, something that’s faster than TITAN X.” It’s hard to imagine that kind of performance but Nvidia reigns supreme at squeezing the efficiency out of it’s silicon.

What’s even more shocking is the price. With a MSRP of $699 the GTX 1080 Ti is almost half the cost of the TITAN X at it’s launch. Also the Founders Edition does not come with a price increase so you’ll be paying the same no matter when you decide to buy. Simply put, for $699 you can get the performance of a TITAN X or better!

The release of the GTX 1080 Ti also ushered in a price cut for the GTX 1080 to $499.99 and the GTX 1070 $349.99 as well. Of course these are the recommend retailer prices and not mandatory so you might end up paying a little more depending on where you buy it. At the time of writing this the GTX 1080 Ti is sold out on Nvidia’s offical site and retailers. Newegg is showing some GTX 1080 prices were lowered but only handful of models are at MSRP. I found some refurbished GTX 1070 from Newegg for $349.99 but all the new cards were more expensive.