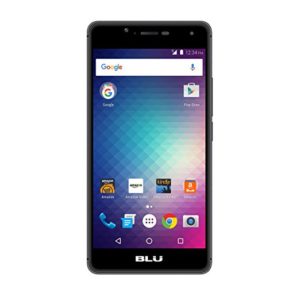 The BLU R1 HD is the best Android phone of 2016 for price and feature set. Specs include a 1.3 GHz quad-core MediaTek processor, 2 GB RAM, 16 GB of internal storage, 4G LTE all behind a 5-inch Gorilla Glass 3 display. Don’t worry about filling up the internal storage because the phone features a MicroSD slot that can accommodate 64 GB cards. The standout feature is it’s dual SIM slots though.

All this can be purchased for $60 through Amazon Prime with “Lockscreen Offers & Ads” included and without for $110. That’s right, this phone is subsidized by Amazon to show non-intrusive ads in the notification area when locked. Of course you can pay more to get the ad-free version or with some tech skills root the  phone and remove them yourself!

BLU  or “Bold Like Us” is a relatively new phone manufacturer based in Miami, Flordia. They’ve produced other value Android phones and feature phones like the PURE XR, LIFE ONE X2, and VIVO line. All their phones come GSM unlocked to let users choice which carrier they want to use. Sometimes they let you choose two carriers thanks to the inclusion of the dual SIM slots. Although their phone’s are priced competitively they seem to offer decent hardware and up-to-date software with the more recent versions of Google’s Android operating system.

The phone was released on Prime Day, July 12 2016, and  since then has become the number one (#1) best seller in Unlocked Cell Phones on Amazon. Their is also a lesser model with half the RAM and storage but only slightly cheaper at $49.99 & $99.99 respectively. Honestly, it’s worth an extra ten bucks to get double the RAM and internal storage.

If you are the market for a new Android phone then look no further! I’ve been using it almost daily since July and have had nothing but positive experiences with it. It’s a snappy phone with plenty of speed for games and intense apps. The outside is strudy and thanks to Gorilla Glass 3 it’s quite scratch resistant on the screen. At a price you can’t beat this could become your primary phone or serve as a great backup phone. I could see international business travels would also be interested in this phone because of it’s dual SIM slots.